The Blic panel titled: Geopolitics in the digital world: will Serbia seize the opportunity was successfully organized by Ringier Axel Springer Serbia and the Chamber of Commerce and Industry of Serbia. Beside the key speakers, famous international experts Rawi Abdelal and Taavi Kotka, we had a constructive discussion with the top representatives of the Serbian Government in terms of providing the answers to numerous representatives of the Serbian economy and the business community At the very beginning of the Blic panel, over 300 guests from the world of business were welcomed by Jelena Drakulić Petrović, CEO of Ringier Axel Springer Serbia, after which she welcomed the guests – the Prime Minister of the Republic of Serbia Ana Brnabić, Minister of Finance at the Government of the Republic of Serbia, Siniša Mali, the world-famous experts Rawi Abdelal, Professor of International Management at Harvard Business School, the former Chief information officer (CIO) at the Government of Estonia Taavi Kotka, the investment partner at Rockaway Capital from the Czech Republic Dušan Zábrodský and Vladimir Lučić, Internet and Multimedia Coordinator of the Telekom Srbija Group, as well as all other decision-makers that were present, who, according to her, represent the think-tank of the Serbian economy and business community.

The director of the Sector for internationalization of the economy of the Chamber of Commerce and Industry of Serbia Mihailo Vesovic, Minister of Finance at the Government of the Republic of Serbia Sinisa Mali, Prime Minister of the Republic of Serbia Ana Brnabic, CEO Ringier Axel Springer Jelena Drakulic Petrovic, Rawi Abdelal, Dusan Zabrodsky–I have been the CEO of the largest digital media publisher in Serbia for the past 12 years. A publisher that is often criticized for its editorial policies, and yet our media still continue to be prevalent, the media with transparent ownership and a policy of unity in the region. We are truly committed to a stable and secure Serbia as a market and a home for all. Serbia, which could have a great chance to fit perfectly into today’s global digital arena and geopolitical turmoil, despite its historical obstacles and past experiences. As one of the famous quotes says: We must not allow ourselves to be defined by limited human perception, said Jelena Drakulić Petrović and added that this is why today we are creating a discussion platform for strategic issues that can potentially reshape the way we all think about our businesses. She emphasized that we believe in the exchange of ideas about globalization, geopolitics, and digitization which are seemingly common words and that we would like to challenge these concepts and explain why they have practical relevance for each individual. Globalization is now facing economic nationalism.

-Digital technologies have undermined the state’s monopoly on the jobs and resources of citizens. The multiple technologies and political processes that converge have created an environment of unknown variables. It is almost impossible to predict which technology or combinations of technology will produce which kind of political consequences. The media, entertainment, and culture have also been radically disrupted over the last decade by the introduction of the Internet, social media, user content, video streaming, and various other technological advances. This is a common, global crisis that will grow as the next 3 billion people reach the network, said the director of Ringier Axel Springer Serbia. –Our guests are rock stars, each in their area. Professor Rawi Abdelal, my favorite professor at the Harvard Business School, has spent 20 years collaborating with policymakers around the world. He has long been involved in consulting companies and is committed to positive changes in the public and private sectors. He is the co-ordinator of the Bloomberg Harvard City Initiative and has been entrusted with $35 million in donations aimed at bringing together and educating mayors from around the world on how to transform their cities, CEO of Ringier Axel Springer Serbia, Jelena Drakulić Petrović, announced the internationally renowned experts. Taavi Kotka je, as the CEO of Ringier Axel Springer Serbia explained, is the former chief information officer of the Estonian government, who has been tasked with changing the digital landscape of his country. His brainchild is the e-citizen program, successful service for attracting entrepreneurs, which actually means that you can become an e-citizen of Estonia, start a company and operate as an EU-based business. As he puts it: We in Estonia no longer talk about digitization, but virtual Estonia.

-Since then, he has been an advisor on similar projects in Canada, Switzerland and the Emirates, and currently in India too. But above all, Taavi is an engineer, dedicated to solving the problem of how to get women into the IT profession, so he launched a robotics program in schools for girls ages 7 to 13, and now, from one girl engineer among 10, their number increased to 5 among 10″, Jelena Drakulić Petrović concluded. The Blic panel: Geopolitics in the digital world: will Serbia seize the opportunity, was divided into two thematic areas – The rulebook for states and corporation and Digitalization game: What are the obstacles for turning Serbia digital was moderated by the director of the Sector for internationalization of the economy of the Chamber of Commerce and Industry of Serbia, Mihailo Vesović.

–We live in an era where a lot of people are on the move. It is the truth that has existed for a long time, that the world is flat, giving us a sense that borders between states do not exist, said Rawi E. Abdelal, a distinguished professor from the Harvard Business School, noting that migrations caused by the climate change are yet to come. -The transition of great powers is changing the landscape of the world, and populist movements are becoming more powerful, said Abdelal, while Taavi Kotka, reformer and former chief information officer of the Estonian government, stressed that all issues should be addressed through our digital identities.

–Data should be moving. You need to define things: having a digital government does not mean that you will remove the silo, but you need to move the data. Healthcare data can be linked to the economy. Information should be linked at all levels, said Kotka.

The Serbian Finance Minister, Siniša Mali, pointed out that Serbia has money for digitization and that businessmen need to understand the benefits of digitalization.

–It is very important for companies to quickly receive VAT and to speed up the customs procedures. We need an even faster economic growth and we expect Serbia to have a GDP worth 73 billion euros by 2025. This requires digitalization to be our strategic goal, said the Minister of Finance Siniša Mali.

Vladimir Lučić, internet and multimedia coordinator of the Telekom Srbija Group pointed out to the fact that the 5G network and artificial intelligence will change the times: – A good quality of networks will be crucial for the development of digital society, and we expect an auction for 5G networks in Serbia soon, said Lučić.

At the panel, which was also supported by “Supernova”, prominent local and foreign experts discussed strategic issues that affect policymaking, business, and the economy and answered questions about the importance of digitalization as a long-term investment for companies and the state. 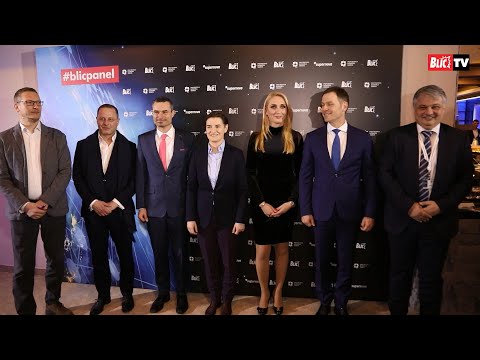 The Blic panel retrospective - Geopolitics in the Digital World: Will Serbia Seize the Opportunity? 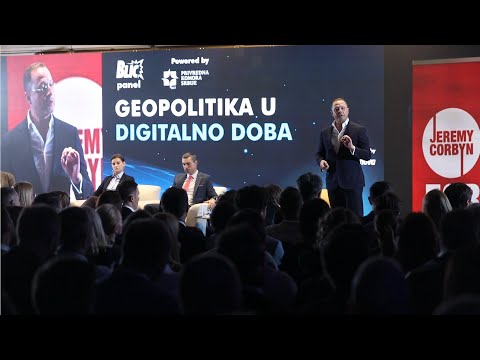 The first Blic panel discussion: Geopolitics in digital age: The rulebook for states and corporations 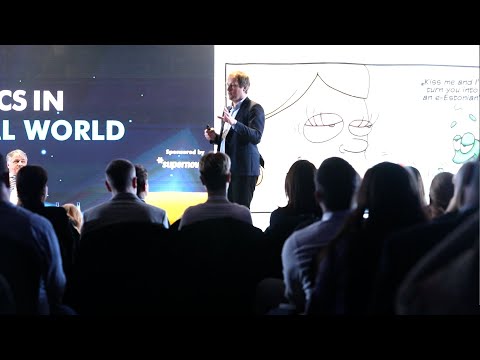 The Second Blic panel discussion: Digitalization game: What are the obstacles for turning Serbia digital?