Continuation of exclusive cooperation between Ringier Axel Springer Serbia and the National Olympic Committee of Serbia till 2024.

The lead news portal in Serbia and the daily BLIC, owned by the digital media house Ringier Axel Springer, and the Olympic Committee of Serbia, extended the cooperation agreement after three years, with the aim of providing media support to Serbian athletes in Olympic sports. Božidar Maljković, President of the OCS: – Ladies and gentlemen, dear friends, dear Mrs. Drakulić-Petrović, welcome to the Olympic House, the home of all Olympians and the home where true ideas of fair play and top sports live. I have to call the gentlemen from Blic our friends because that’s what we are. The Olympic Committee of Serbia is an institution with the greatest sports influence and it has a duty to send messages of peace, unity and chivalry, and to influence a large number of young people through its work and activities. Of course, we need help with that, so that the word about our mission may reach as many people as possible throughout Serbia, and with today’s electronic media, all over the planet as well! This was also recognized by our partners from the company Ringier Axel Springer, who will help us in the next Olympic cycle to spread the good word about the success of our athletes to as many people as possible. Together we are on a very important mission, and we have a great social responsibility.

Serbian athletes are true heroes of today, who present our country and all the values nurtured by the Olympic Movement in the best way possible. Together we bear a great social responsibility and we are overjoyed to be able to sign a contract with this reputable company. We usually cooperate with our sponsors in the long run and we do not separate from our sponsors quickly. We hope that our “marriage” with Blic will also last a long time.

When signing the first contract in 2017, I mentioned that we will give you many reasons to praise us, and I think we succeeded in that, but now I promise you, we will try even harder and you will have even more work! Thanks again to our partners and I want you to convey to the public in Serbia many good news about the medals from Tokyo, Beijing and Paris!

Jelena Drakulić-Petrović, CEO at Ringier Axel Springer Serbia: – Champions always stick together. I represent a house that is a champion in its business, and today we are working with Božidar Majković, and under his leadership we are continuing a very close cooperation with the Olympic Committee, which gathers the biggest champions in the country under its auspices. In this unusual year, one of the leading lessons could be a reminder of the importance of prevention and maintaining a strong immune system, where sports and physical activity play an important role: they positively influence the adoption of a healthy lifestyle and improve health and quality of life. Only sport can save us and make us take a step towards health and having a healthy nation. We are certain that the Olympic Movement is a force that works for the highest global good and we are glad that Blic, which represents our house – Ringier Axel Springer, will continue to be the exclusive media partner of the Serbian Olympic Committee and will contribute to the promotion of one of Serbia’s greatest treasures – Serbian athletes, which we are all proud of. We will be happy to provide our media space in the future to increase the visibility of Olympic sports and Serbian athletes, at the most respectable international event that unites people and countries. You can always count on us.

Predrag Mihailović, editor-in-chief of the daily Blic: – Blic has always been with the top sports and I am very pleased that with the arrival of Boža Maljković to the Olympic Committee, that cooperation has deepened and extended and that since 2017, and hopefully in the following 10-15 years, we have been with our Olympians and promoted Olympic sports. We are all very glad when our volleyball players, male and female, go to the Games, as well as basketball players and other team sports athletes, and we also have a lot of medals from sports such as taekwondo, rowing… Our mission is to promote these sports and help as many children as possible to take up different sports. 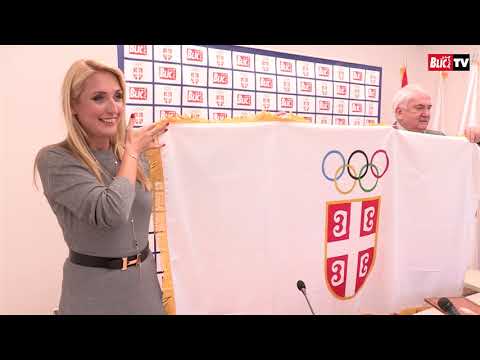